Lockheed prepared and positioned for scuttling at the location of King Abdullah Reef on 26.08.2019. After the official ceremony, scuttling started. The air was slowly removed from the balloons and the plane started its slow, controlled descent. Finally after 20 minutes, only the tail and part of the pilot’s cabin were above water. Furthermore it landed on the sea bottom and the last bubbles of air left behind it.

ASEZA recently purchased the aircraft to sink it. The reason of that was to join its military aircraft companion, the Hercules C-130 and the collection of military vehicles. Likewise at the military museum were already tanks, anti-aircraft guns, armoured cars, field guns and helicopter gunships. All this machines were sent to the bottom just in the spring 2019. The C-130 has already become a popular hotspot for diving enthusiasts. Also it became a home to schools of fish, corals and other marine organisms. 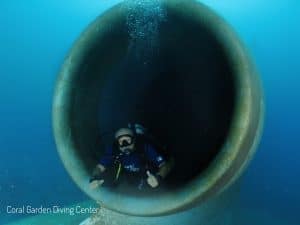 It eventually agreed to scuttle the Airplane Lockheed Tristar dive site near the old phosphate port at a depth of 15m-28m.

The site was completely free of coral reefs. There are relatively wide and flat sandy areas. Likewise some presence of seagrass meadows. The presence of the aircraft will allow the creation of artificial coral reefs, habitat for fish and other marine organisms. Thus an attraction for divers in that area that did not previously exist. 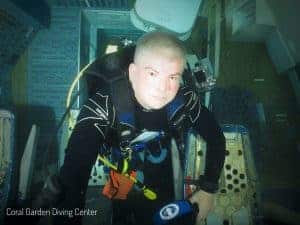 ASEZA paid great attention to the environmental effects of the scuttling. Because they made all measures to ensure the protection and safety of the marine environment. ASEZA co-operate with all concerned and relevant authorities and associations. First of all before the sinking, all hazardous materials removed to comply with the environmental best practices. 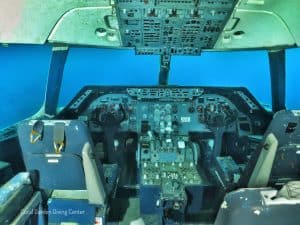